The Day When People Are Most Likely To Cheat

Below, we’ll be discussing much of the topic in depth

You may be in a happy marriage, but you might not know that your husband is cheating on you until something suspicious comes up. Unfortunately, the chances of partners cheating have escalated over time, possibly due to the internet. Thankfully, studies have come up with a lot of data, educating people as much as possible on cheating. In this article, we’ll be discussing several cheating trends that popular dating sites have observed. If interested, read ahead.

Below, we’ll be discussing much of the topic in depth. However, you may not want to read the whole thing, so you can utilize this section, finding out the juiciest information at a glance. 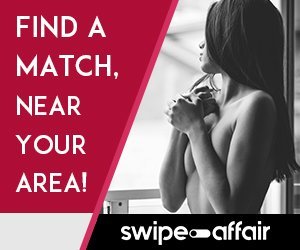 So, what are these? Your loved one is very likely to cheat after the holidays. In fact, there’s a specific day! Dating sites have noted that people usually cheat on the 7th of January.

Compared to other times of the year, the chances of your partner cheating on you go up to 70% in January.

This doesn’t just happen as there’s a pretty good reason for the spike. If you want to know what it is, keep reading.

The new year is a time for celebration: everything is grand and everyone’s celebrating. Unfortunately, if you find yourself stuck with a partner who is unfaithful, he’ll most likely want to celebrate the new year with his mistress.

Hence, such people are extremely likely to cheat on you during this time period. There is even data to back this claim up. Gleeden is a very popular dating site with over 3 million users. They are busiest in January with most traffic coming in on January 7th.

If you aren’t aware, Gleeden was made for cheating. Its users are primarily people who are in serious relationships, looking to spice up their lives.

Speaking to the Daily Mail, this is what a representative from Gleeden said, “On Monday the 11th of January 2016, the site recorded an increase in registrations of more than 320%. This trend is observed throughout the month of January”.

What’s more, philanderers have been surveyed numerous times. They’ve been asked questions on dating websites, and have revealed that January is the best time to cheat. Therefore, you have it directly from the horse’s mouth!

However, this isn’t the only reason why people cheat in January. The above is most likely for people who are already in unfaithful marriages.

If your marriage has been stable so far, the chances of your loved one cheating on you in January is still quite high. This is due to the holidays.

During the holidays, you might visit your family. There may be instances where your partner may not like your family. So being with them throughout December would be a major commitment. That’s why they’ll feel like they need to unwind. As you can imagine, they unwind from the stress by cheating on their partner.

In fact, renowned dating site Gleeden commented on this as well. The director stated that “Too much time with relatives makes people cheat because they want independence…” in a Daily Mail interview.

Although cheating is at an all-time high in January, it’s not the only time of the year that it’s common.

Cheating occurs frequently throughout November as well. It’s rampant across the month because families go away for the holidays. Hence, the chances of your partner cheating on you in November are high as he won’t see his mistress until January, and we both know what’ll happen in January.

Usually, it happens in the middle of November as people go out of town at the end of the month. In fact, there’s a specific date for it as well.

According to the dating site, Illicit Encounters, 72% of people from the 300 surveyed said they’re most likely to cheat on their partners on November 18th.

In fact, they have a name for it. It’s called “unfaithful Friday’.

Even though a number of people cheat on November 18th, it’s nowhere near the level of unfaithfulness that happens in January, especially January 7th.

What Do You Think?

So now if you think your partner is going to cheat on you, you will be fully prepared for the signs. You can wait until the mentioned dates, being vigilant and making note of your partner’s behavior. Since you know what to look for, you can easily catch him.

If you’re a cheater and you’re reading this, the jig is up since we all know when you’re most likely to cheat and if you are looking for that affair to spice up a marriage then we recommend Swipe-Affair where you can meet like-minded people.

Is Your Sex Drive Dying? Top Tips To Bring It Back To Life

If your sex drive is less than great, don’t feel hopeless. There are many ways to bring it back to...

A Balancing Act How to Manage an Affair and a Relationship

Even if you are an accomplished multitasker having an affair while still dealing with a full-time relationship can be rather...

Want An Open Relationship? 8 Reasons Why You Should Try it Out in 2020

If you’ve been in a relationship for a long time, it may start to feel a bit stale. That’s why...

For most people, affairs are simply about the adrenaline rush of the physical act. In fact, it is probably the...

The Ultimate Guide to an Open Relationship

Want An Open Relationship? 8 Reasons Why You Should Try it Out in 2020

A Balancing Act How to Manage an Affair and a Relationship

Is Your Sex Drive Dying? Top Tips To Bring It Back To Life 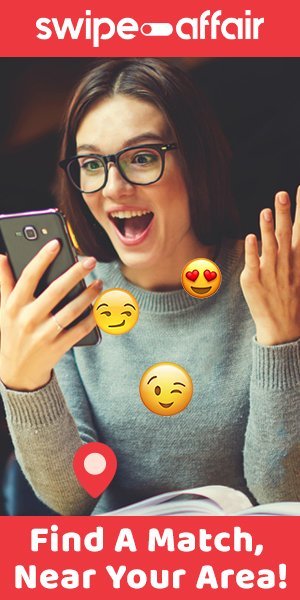 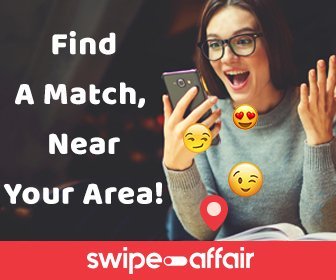